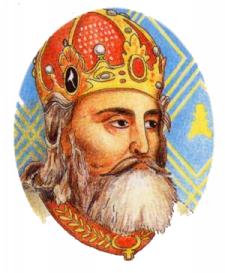 Charlemagne (a.k.a. Charles the Great) was an emperor in the Middle Ages from 742-814 AD. He ruled much of Western Europe. Charlemagne was skilled in warfare and he fought in many battles. In 800 AD, he was crowned Emperor of Rome by the pope.
Charlemagne was born in the late 740s and was the son of Frankish King, Pepin the Short. However, Pepin died in 768 and divided his kingdom in two (see MAPS page). Charlemagne ruled alongside his brother, Carloman, until Carloman died in 771. This left Charlemagne as the ruler of the Franks.
Partly due to many successes in battle, Charlemagne soon ruled over a vast territory of land. This land was called the Carolingian Empire and it lasted until Charlemagne died in 814. But, the empire collapsed not long after the king's death because the next rulers lacked the skill and authority that Charlemagne, King of the Franks, had possessed.

Why was he named emperor? 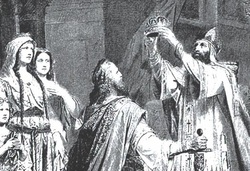 Pope Leo III crowned Charlemagne the Holy Roman Emperor on Christmas Day in 800 and gave the Frankish king the title Carolus Augustus. Charlemagne was crowned emperor because he had helped defend the pope during a rebellion. Charlemagne had also stopped the rebellion completely. 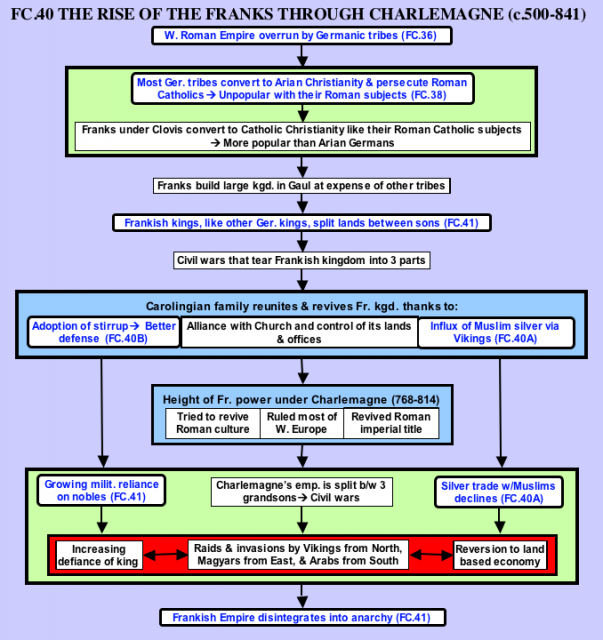 Map of the frankish empire