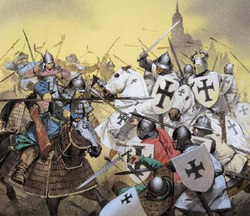 Crusades were Holy Wars between the Muslims and the Christians. They first started when Palestine, otherwise known as the Holy Land, was conquered by Muslim Turks in the 1060s. From then on, any Christian visitors who had come to pray or honor their God were unwelcome and threatened. Later, in 1071, the Turks attacked the Byzantine Empire and started the Battle of Manzikert, which they won. By now the Christians felt that their religion was in danger, and Pope Urban II rallied all of the Christians that he could to drive the Turks out of the Holy Land. Thus began the first crusade.

crusade - a medieval military expedition, one of a series made by Europeans to recover the Holy Land from the Muslims in the 11th, 12th, and 13th centuries. 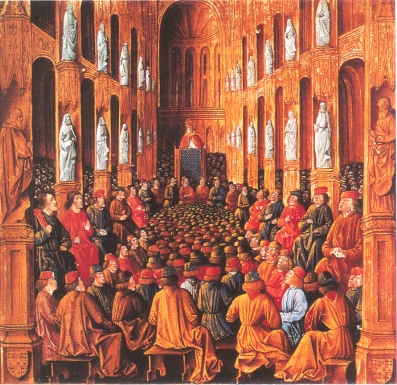 Pope Urban II calling all Christians to fight in the first crusade. 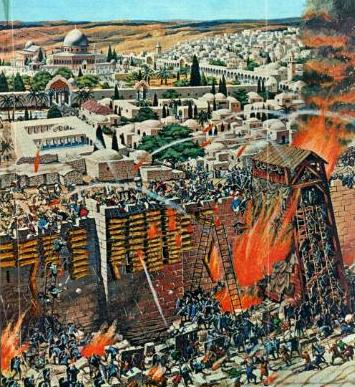 The Christians surrounding the Holy City for a victory 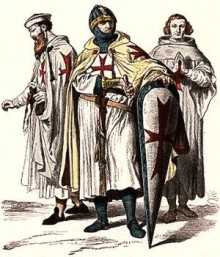 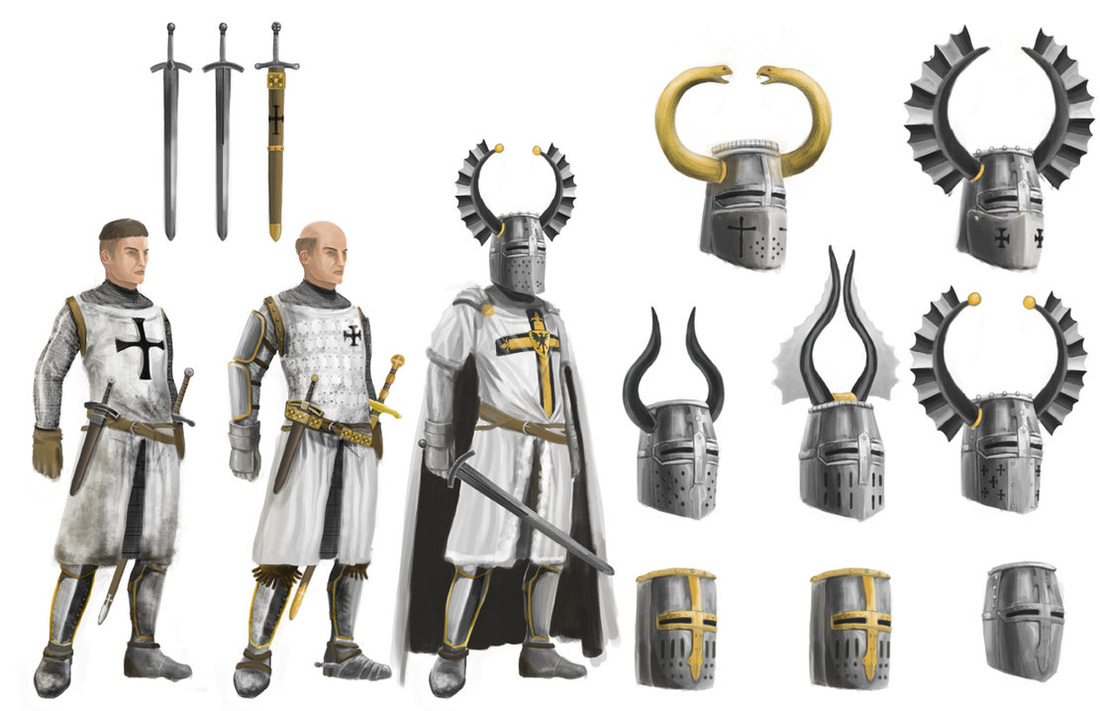 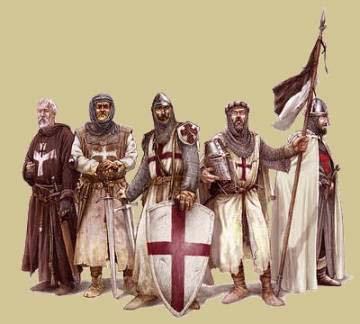